Our September Book Club Twitter Party is finally upon us!  Have you been keeping up with our Book Club pick for the month?  It is Secret Daughter by Shilpi Somaya Gowda.

Here is a little insight into the book from Amazon:

In her engaging debut, Gowda weaves together two compelling stories. In India in 1984, destitute Kavita secretly carries her newborn daughter to an orphanage, knowing her husband, Jasu, would do away with the baby just as he had with their firstborn daughter. In their social stratum, girls are considered worthless because they can’t perform physical labor, and their dowries are exorbitant. That same year in San Francisco, two doctors, Somer and Krishnan, she from San Diego, he from Bombay, suffer their second miscarriage and consider adoption. They adopt Asha, a 10-month-old Indian girl from a Bombay orphanage. Yes, it’s Kavita’s daughter. In alternating chapters, Gowda traces Asha’s life in America—her struggle being a minority, despite living a charmed life, and Kavita and Jasu’s hardships, including several years spent in Dharavi, Bombay’s (now Mumbai’s) infamous slum, and the realization that their son has turned to drugs. Gowda writes with compassion and uncanny perception from the points of view of Kavita, Somer, and Asha, while portraying the vibrant traditions, sights, and sounds of modern India.

Most importantly, Shilpi Somaya Gowda, the book’s author, will be joining us for the Twitter party.

Even if you haven’t read the book, jump online!  Chatting with an author about her writing process, how to get a book published, and even, when she finds her inspiration, is a fantastic opportunity! 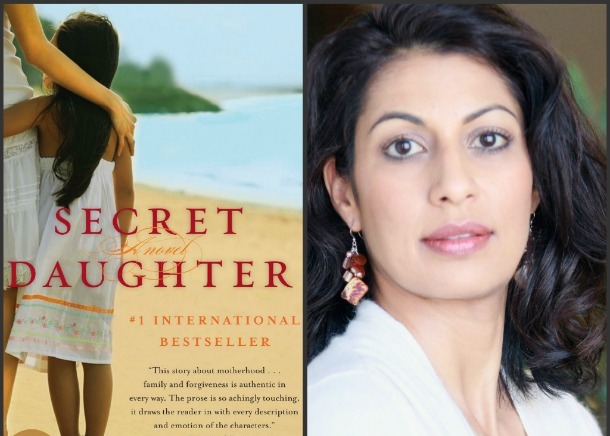 There will be a ton of topics we’ll be covering, ranging from motherhood, to adoption, to marriage.  Definitely something for everyone.

Looking forward to seeing you there!